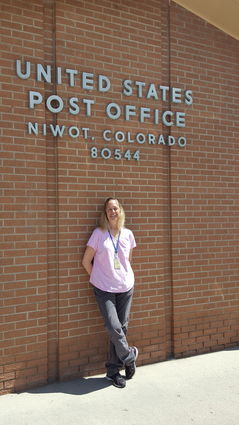 Photo by Karen Copperberg Linda Johnson, new Postmistress of Niwot Post Office, is just beginning to see why this location has such a welcoming reputation.

Linda Johnson began her duties as postmaster in Niwot on May 14.

Johnson has been working for the United States Postal Service since 1992, mostly as a carrier supervisor. She started her career in Denver before moving to Aurora, then to Boulder and back to Aurora.

She was previously postmaster in Hudson before coming to Niwot.

“I like the people here, they’re really nice,” Johnson said...