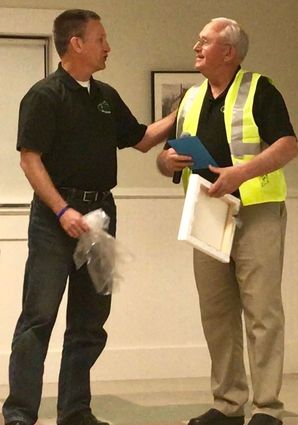 Photo by Vicky Dorvee At the 2018 NCA annual meeting, newly elected NCA President David Limbach presented outgoing President Dick Piland with gifts to thank him for his service for the past five years.

Longtime president of the Niwot Community Association (NCA), Dick Piland, presided over his final meeting, Wednesday, April 18, at the Left Hand Grange Hall. Piland announced at the January NCA board meeting that he would not seek re-election this year, marking the end of five years heading up the board.

Voting for available board positions concluded at the annual meeting, signifying the concl...