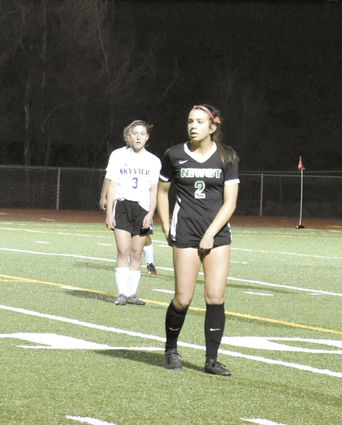 Photo by Jocelyn Rowley Senior Anna McCarthy waits for a pass during the season-opening game against Skyview on March 8. McCa-rthy had a career high five goals on the night.

Senior Anna McCarthy and the Niwot girls soccer team kicked off the season in dramatic fashion with a 6-2 rout of the Skyview Wolverines on March 8. The speedy McCarthy scored two goals in the first ten minutes on her way to a career-high five goals on the night, more than exceeding the already-high expectations of coach Stephen Dimit.

“I didn’t expect five, but I did expect the first two...