Courier loses one of our own 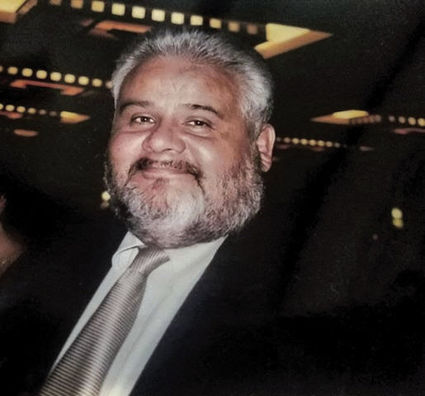 It is with great sadness that we report the heartbreaking news that Ed Navarro, longtime sports photographer for the Courier, passed away Dec. 31 after a battle with pulmonary fibrosis. Though his death will be felt deeply by his wife Trudy, a retired teacher, and his two children, Ed “Lucky” Navarro and Emily Marcellus, his friends and the many lives he touched will also experience a great loss.

I knew Ed as a lawyer in Longmont for many years before he took up photography. I recall seeing him taking photographs along the fence at a Niwot High softball game, probably around the year 2000, soon after the new fields were built. I asked him if we could hire him to take sports photos for the Courier, and he quickly accepted, but only on the condition that we would not pay him. Instead, he asked only for a CHSAA pass so he could get down on the field for games.

Although his career as a lawyer in Longmont was his vocation, his avocation was photography. Ed told me he began photographing NHS athletes when his children were students there. He continued long after they had graduated, mentoring several other young photographers as well.

Though he was a familiar sight on the sidelines to most Niwot fans and athletes, most never knew the full extent of his generosity. He told me once that he wanted to make sure all of the student-athletes, and especially the Hispanic kids, had a photographic record of their high school athletic contests.

Ed created over one million images in his career, and gave students CDs filled with images of their games. He followed the same students in their college careers as well, traveling great distances to record their exploits.

His photos weren’t limited to Niwot athletes. Ed also created images of opposing teams, and mailed CDs to them. When a baseball player from Greeley drowned soon after the season ended, Ed created a CD of that player from his files and gave it to the Greeley team. St. Vrain Valley School District Athletic Director Rob Berry told me in early December that Ed created over 5,000 images of the Boulder County Track and Field Meet last spring, and made them available to all of the athletes.

Ed also produced photos for other publications, covering CU basketball for several years. Perhaps his favorite photos were those he took of developmentally disabled softball players, including the Niwot Nightmares, every season. Ed and Trudy made sure that his photos were blown up and plastered all over the walls of the banquet hall at the year-end gathering, in addition to the CDs he presented to the athletes and their families.

For all of his generosity, Ed shunned the spotlight, preferring to let his images speak for themselves. Ed was on oxygen for the last several months of his life, which he saw as a necessary evil. Though his condition limited his travel, he told me he hoped to finish out the school year. His last photos for the Courier arrived by email Dec. 9. We will miss him greatly.