Cougars kick off season with gritty win over Frederick 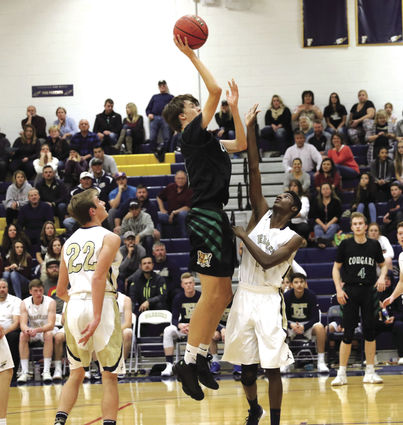 Cam Carlson takes a shot against Frederick in Niwot’s season debut on Nov. 29.

Junior Tommy Bounds and company sprinted out of the gate in their season-opener against Frederick last Wednesday night, building a quick lead over the Warriors and giving Cougar fans plenty of fodder for their post-season fantasies. A slew of turnovers and missed shots in the second quarter stalled the Cougars’ early momentum, and new head coach Eric Hejl’s team had to battle down the stret...