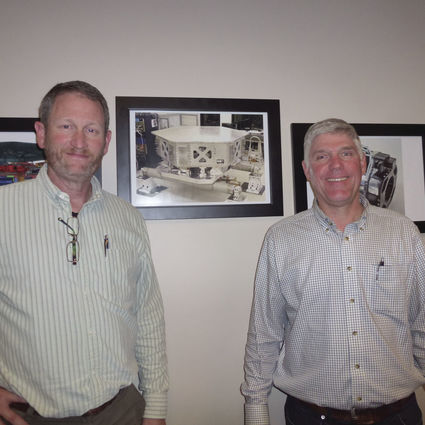 Photo by Mary Wolbach Lopert Kevin Miller and Charlie Danaher of High Precision Devices, Inc. stand by a photo of the ultra-high performance isolation system, which was a part of the 2017 Nobel Prize in physics-winning experiment that proved Albert Einstein’s prediction of gravitational waves.

In an unassuming building in Gunbarrel lies a hidden gem, High Precision Devices, Inc. HPD has been in the headlines recently, because its seismic isolation platform was an integral part of the experiment that won the 2017 Nobel Prize in physics.

The prize was awarded to three physicists, Drs. Rainer, Weiss Barry Barish and Kip Thorne, for the detection of a gravitational wave that was generat...