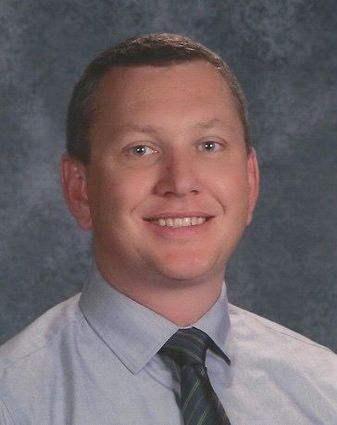 Niwot High School’s new assistant principal, Zach Pinkerton, is thrilled to be back in Colorado.

With two young children, ages three and six months, Pinkerton and his wife are grateful for the opportunity to move from California, where they lived for the past 15 years, to be near both his and her parents.

“I was lucky enough to find Niwot High School,” Pinkerton said. “The schools that I’ve worked at are very similar to Niwot. It’s almost like the same school transported 1,200 miles east in a way.”

Pinkerton grew up in Jackson Hole, Wyoming, and attended college at Colorado State, where he majored in English and political science. But it was working at the CSU ropes course during and after college that inspired him to be an educator.

“I didn’t think I was going to be a teacher, but that ropes course experience, it was an amazing program. In teambuilding, you get to see a group walk through the gates as one group and walk out of the gates a different group. You get to see that incredible ah-ha moment sometimes where you see a group come to a realization, and that was where I started thinking more and more about education and being a teacher.”

After college, Pinkerton followed his wife to California, where he earned his master’s degree in curriculum and instruction from St. Mary’s College. From there he taught high school for six years and served as an administrator for five years in Walnut Creek.

When asked about what his role at NHS will entail, Pinkerton confessed he’s still settling in. “Every time you get a new administrator, you kind of relook at your team and what makes sense for your team, and I’m still getting somewhat of a feel for where I fit.”

Meanwhile, Pinkerton will take over the management of the school’s 1:1 iPad program. “I did a lot of work in the past with ipads. We were a one-to-one school as well for ipads, and that’s one of the reasons I got hired, for that experience.”

When asked what he’s most looking forward to this school year, Pinkerton said, “I’m mostly just really excited to be back in Colorado. This is the place we want to raise our family. The Niwot- Longmont area is an incredible place to be. It still feels like Colorado did to me when I was in college in a way. From where I live, I can see the mountains, and I drive past the fields every morning on the way to work and there’s something magical about that that you can’t get other places.”