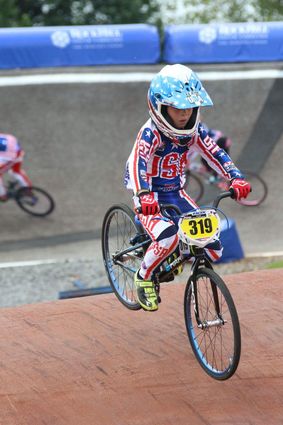 File Photo Reid Porter of Niwot finished in the Top 40 at the BMX World Championships in the 9-year-old division.

Although Porter is only eight years old, and won’t turn nine until December, he raced in the nine-year old division at the Worlds, where the top 110 riders from 25 countries gathered to compete.

He said, “ I didn’t make it as far as I wanted to but it was a fun time. I liked getting to meet people from other countries. I want to try again when it’s ( World Championships) in Belgium (in 2019).”

It’s a tradition to trade jerseys with riders from different countries. Porter exchanged jerseys with a Colombian rider, who had participated in the 2016 World Championships which were held in Colombia.