Student of the Week: Savannah Parrot 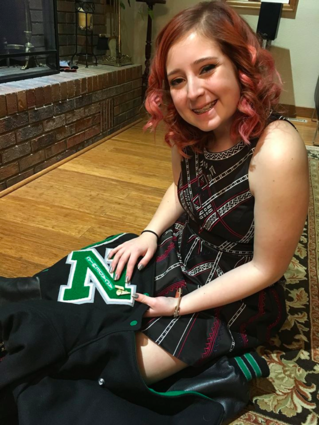 Courtesy Photo Savannah Parrot will be a junior at Niwot High School next year and is already making her mark at the school between extra-curricular activities and athletics.

In a school full of busy students, Savannah Parrot is perhaps the busiest of them all. When the junior-to-be isn’t cheering with the Cougars’ varsity squad, she can be found volunteering with the Interact Club, or chairing a Student Council committee, or out on the tennis court practicing her backhand, or attending an international leadership seminar, or helping out at the Longmont Humane Society, or studying for an IB class, or behind the keyboard creating custom Snapchat geo-filters. What you won’t find her doing is just sitting around.

But it hasn’t always been that way. By her own admission, Parrot was once an introverted middle-schooler whose teachers complained that she didn’t participate much in discussions. “Before I came to high school, I was a very, very shy person. I wouldn’t speak up in class.”

Parrot credits Niwot cheerleading with bringing out her inner leader. When the depleted squad held supplemental tryouts during the summer before her freshman year, Parrot decided to go for it, despite a temperament more suited to less visible activities.

“It’s not necessarily the most obvious choice for someone that could barely talk to a group of more than five people,” she said of her decision join the team. “But it’s helped me to blossom as a person and helped me become more active and more willing to speak my mind.”

Since then, Parrot has made up for lost time. In fact, it would almost be easier to list the activities and events she hasn’t participated in during her two years at Niwot. Not only has she been a key member of the resurgent cheer squad, she has also been active in Student Council, Interact Club, Bee Club, and JV tennis. She was also inducted into the National Honor Society last spring, and maintains a 4.0 GPA in Niwot’s rigorous IB program.

Parrot’s schedule hasn’t eased much during summer break. Last month, she represented Niwot at the Hugh O’Brian Youth (HOBY) Leadership Seminar, a four-day program for high school sophomores interested in developing their leadership talents. Later this month, she will represent the school at an HOBY event in Chicago, the World Leadership Congress. And if that wasn’t enough, she was also selected by the Niwot Rotary club to receive a Rotary Youth Leadership Award, and attended a five-day leadership camp earlier this summer.

Parrot hopes to stay just as busy during her junior year, but knows her IB workload is about to increase substantially. As for how she manages to be so involved and keep up with her academic demands, she said the time-management techniques she’s learned as a Niwot student will help keep her on top of things.

“Pre-IB has given me a pretty-good sense on how to manage my time with sports and academics,” she explained. “I know the classes will be harder, but I think I’ve been pretty well prepared for how to deal with it.”