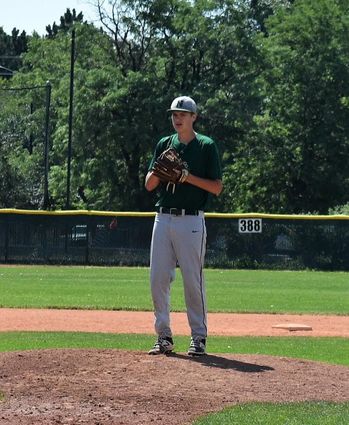 Photo by Jocelyn Rowley Dylan Ferrero on the mound in the first game of Niwot Legion B doubleheader at Boulder.

Charles Dickens had something headier in mind when he made his “best of times, worst of times” formulation, but it just so happens to also be a pretty good tagline for Niwot’s doubleheader last weekend against Boulder. In game one, senior Dylan Ferrero turned in the Cougars’ most commanding pitching performance so far this summer, going the full seven innings, while allowing just three...