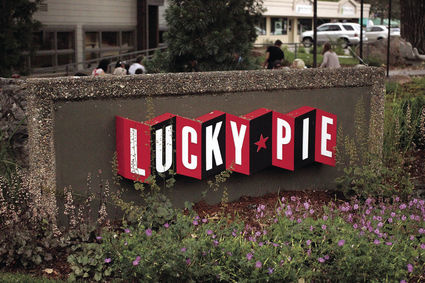 Brendan McManus founded the first Lucky Pie in Louisville eight years ago, followed by the Denver location five years later, and along with co-owner James Samara, is now serving pies in Niwot.

“It went well, it was a beautiful night,” Samara said. “We had the patio pretty much filled up all night. There was quite a bit of interest from people walking in. All-in-all it went really well.”

Samara said that the quality of their pizza is what has allowed the business to expand.

“I would hope that’s part of it,” Samara said. “I don’t think what we’re doing is a crazy new concept, but what we do, we do it pretty well. I think we’re crazy about the beer we have on tap and the ingredients we source. The combination is good and people seem to get it, so it’s going well.”

Lucky Pie uses almost exclusively locally-sourced products for their pizza, something that not only makes for quality food, but is becoming more important to consumers.

“We’ve been doing that since before people caught on to it and thought it was ‘cool’ and would sell food,” Samara said. “It’s worked for us though, our friends and family seem to enjoy, and I think the general public cares about what they’re eating.

“It’s more than a marketing campaign — which is what it’s become for some people. I think it’s great for other small businesses in Colorado, and there are some phenomenal products coming out of the state.”

Samara said that McManus grew up around a co-op, so that’s where the restaurant and tap house get their roots.

“That’s how he’s eaten his whole life and how he’s cooked his whole life,” Samara said. “So it only made sense to open a restaurant in the same vein.”

Almost all of the beer on tap is from Colorado as well, with a few from California and one from Missouri.

“We don’t put the big boys on tap,” Samara said. “We stick to the smaller craft brews.”

Samara said they were happy with the first night and especially glad to see excitement in the community.

“Niwot has been super supportive of everything we’ve been doing,” Samara said. “We’re getting phone calls left and right, people stopping in. A big thanks to the community for welcoming us into the neighborhood. It’s been awesome meeting all of the residents. We’re excited to be here.”

Samara said that it’s been a long road opening the Niwot location, but he’s happy to see it come to fruition.

“I think we’re going to catch our breath for a little while,” Samara said. “We’ve been running ragged, so it’ll be nice to settle in. We’re excited to get a bit of sleep and relax a bit.”

Lucky Pie in Niwot is located at 7916 Niwot Road. Weekday hours for now are 3:30 p.m. until whenever business dies down with happy hour from opening until 5:30 p.m. The restaurant opens at 11 a.m. on weekends.