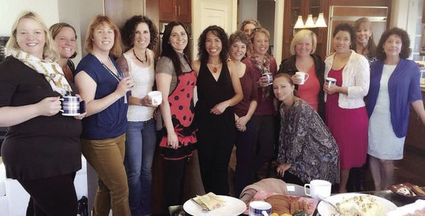 Courtesy Photo Members of the Women’s International Niwot Club gather for a photo at one of their many gatherings in town. The club promotes learning about other cultures and will be the beneficiary of the tip jars at Rock & Rails this week.

Last week’s Rock & Rails had the Women’s International Niwot Club (WINC) as the beneficiary of the tip jars.

WINC started a few years ago as a offshoot from Daughters of the British Empire in the area.

Club President Deborah Read Fowler said that since its inception, most of the club’s donations have gone to the Niwot Children’s Park, but they also give to Children First of the Rockie...