Out in Left Field 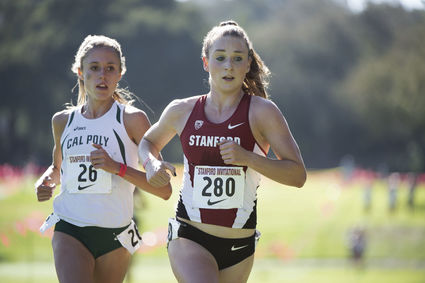 Nicki Blue (Niwot) finished her season with a 10-12 win-loss mark for South Carolina, which ended the season with a 34-25 record. Blue was the losing pitcher in a 9-0 loss to fourth-ranked Arizona, allowing six runs in 5.2 innings, as Arizona scored four times in the sixth inning when the South Carolina leftfielder lost a ball in the sun for a run-scoring double. South Carolina was ranked number 24 at the time and lost in the Regional final. Blue tied for fifth all-time in South Carolina softball with her 99th start. She picked up her fifth save on the season with 1.1 innings of scoreless relief to close out a 3-1 win over St. Francis earlier in the day to get her team into the finals. Blue led the team in ERA at 2.59, posting 102 strikeouts against 54 walks in 154 innings.

Shelby Keil (Silver Creek) hit .318 for South Dakota this season, and was tied for second on the team with 32 runs scored. She also tied for the team lead in doubles with 14. Keil, the team’s shortstop, had two hits and a run scored in the last game of the season, a 14-3 loss to North Dakota State May 11 as South Dakota finished 22-32 overall.

Bailey Kleespies (Niwot) finished the year at Colorado Mesa with a .327 batting average, scoring 13 runs. Kleespies, playing third base, had a homerun in her final game of the season May 12 against Lubbock Christian to tie the game at 1-1, then scored the tying run in the seventh inning after reaching base on an error in a 3-2 victory. Kleespies also had four doubles on the season.

Ashley Beavers (Silver Creek) started 29 games her senior season for Fort Hays State, which finished with a 17-39 record. Beavers, playing leftfield, had a single in three at bats in her final game, a 5-2 win over Nebraska-Kearney April 23, and also laid down a sacrifice bunt. She also had a single in two trips to the plate in the first game of a doubleheader that day, a 5-2 victory.

Jordyn Ballard (Silver Creek) finished with a .212 batting average for Black Hills State, seeing action in 19 games, including 12 starts. Ballard had two doubles and a homerun, driving in six runs on the season. On April 29, she had a double and two RBI in a 6-5 win over UCCS. Ballard played first base and served as a designated hitter.

Cassie Jones (Silver Creek) hit .371 with 32 runs scored and 10 RBI for Western Nebraska Community College. Jones, a sophomore outfielder and designated hitter, singled and scored a run in a May 1 victory over Lamar Community College, 9-6. Western finished with a record of 38-16.

Meghan Waidler (Niwot) went 1-3 at the plate as a designated hitter for UCCS in a 5-1 loss to Black Hills State April 30 in the first game of a doubleheader. She had a double and two RBI in the second game, a 6-5 victory. Waidler finished the season with a .239 batting average, playing 36 games, including 25 starts. She drove in 12 runs on the season, eighth best on the team. Waidler, a freshman, also pitched in 15 games.

Cole Nygren (Dawson) of Niwot finished tied for eighth for Cal Poly in the Big West Championship. Nygren carded rounds of 69, 72 and 74 at the Sandpiper Golf Course in Santa Barbara, CA, May 3. On the season, he led the team with a 72.2 average, plying 32 rounds, best on the team. Nygren finished in the top 20 nine times, and cracked the top 10 on three occasions.

David Bote, son of former Niwot High coach Bob Bote, is now listed on the Chicago Cubs Top 30 Prospects by Baseball America. Bote, who is playing second base at AA Tennessee this season, is ranked as the number 26 prospect in the Cubs’ system. Batting third in the lineup this season, Bote earned a trip to the Southern League All-Star game, which will be played June 20 in Pensacola, FL, based on a vote of league managers, general managers and the media. He is hitting .276 on the season, third best on the team, with 28 runs scored, six homeruns and 30 RBI. His 13 doubles are tops on the squad, and 10th in the league.

Pate Katechis (Niwot) had a double and scored a run for Nebraska-Kearney May 7 in a 7-6 loss to Central Oklahoma. Katechis, who plays leftfield, hit .262 on the season with 4 homeruns and 25 RBI, which was second-best on the team. Nebraska-Kearney finished the season with a 14-35 record. Teammate Tanner Kirkpatrick (Niwot) saw limited action in a reserve role behind the plate this season.

Greg Reynolds (Silver Creek) hit .290 for Colorado Mesa with eight runs scored and eight RBI. Reynolds, a third baseman, went 2-4 with an RBI in a May 7 win over Metro State. Reynolds started 17 games for Mesa, which finished with a 50-12 record.

Ford Ladd (Niwot) pitched and played first base for New York University as a freshman, hitting .375 in 24 at bats, scoring six runs and driving in four more. On the mound, Ladd posted a 2-1 record and a 4.58 ERA in 12 appearances, including eight starts. He struck out 28 in 43 innings and walked 21. He started the last game of the season May 7 and gave up two earned runs on five hits in five innings, but did not get a decision in the 10-2 win over York College. His last plate appearances came in a 13-3 win over Yeshiva University, when he drove in two runs with a single in three at bats.

Valerie Allman (Silver Creek) has the top discus throw for Stanford this season with a mark of 212-3 at the Cardinal Classic April 22. Allman’s throw was the fourth best in the world this year at the time, but didn’t count for a Stanford record as she is competing unattached during a redshirt season. Allman, who earned her undergraduate degree this year, will return for her senior season next year as a graduate student. Allman also had the top hammer throw of the year with a mark of 199-6 at the Stanford Invite.

Elise Cranny (Niwot), Allman’s roommate at Stanford, has the top mark for Stanford in the 1500M this season, running 4:11.46 at the Cardinal Classic April 22. Her time was the fastest outdoor U.S. mark at the time, and the second-best time in the world for 2017. She also has the third-best time for Stanford in the 800M coming in at 2:05.43 at the Big Meet April 8. Cranny qualified for the quarterfinals of the NCAA championships in the 1500M with a time of 4:33.95 June 7, but missed out on the finals when she finished 22nd at 4:33.60 in the semi-finals.

Dana Maydew (Niwot) finished eighth for Clemson in the 800M at the Torrin Lawrence Memorial May 6. Maydew posted a time of 2:14.93. She also finished 20th in the same event at the ACC Outdoor Track & Field Championships May 12-14, improving her time to 2:11.29.

Lorne Jenkins (Niwot) was named to the All Big South All-Academic Track and Field Team for the third consecutive year for Campbell University. Jenkins, a pre-law major, finished first in the long jump at the conference meet with a leap of 25-2 May 10-12. At the NCAA Division 1 East prelims May 25-27, he finished 30th overall, with a mark of 23-3.25. Jenkins also posted a 10.8 time in the 100M, good for fourth place at the conference meet, and was also sixth in the triple jump at 46-11.75. He was also part of the winning 400M Relay and the fourth-place 1600M Relay.

Gabby Casey (Niwot) won the pole vault for Colorado Mesa at the Rocky Mountain Athletic Conference Championships May 9 with a vault of 11-5. 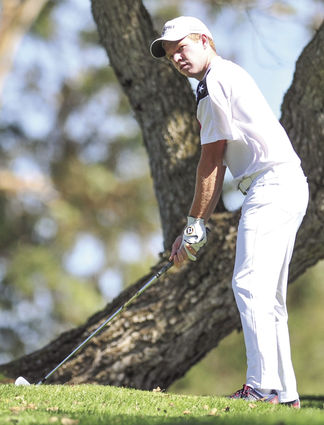 Two Niwot High grads are listed on the University of Colorado roster this fall, as Mo Bandi, an offensive lineman is joined by linebacker Bryan Meek. Meek is a senior walk-on who transferred from the Air Force Academy where he played one season of baseball. Bandi is a sophomore walk-on. Each player dressed for one game during the 2016 season.

Michael Sdao (Dawson) of Niwot was part of the Colorado Eagles’ ECHL Kelly Cup championship team. The Eagles swept the South Carolina Stingrays 4-0 to earn the title, winning the final game 2-1 June 5 in Charleston, SC. Sdao played four years of hockey at Princeton before joining the Ottawa Senators’ minor league franchise in Birmingham for three years. This year was his first for the Eagles, where he scored a career-best nine goals and 13 points. Sdao, a defenseman, saw action in 61 games for the Eagles, which is an affiliate of the Colorado Avalanche based in Loveland. He played in five post-season games as one of eight defensemen on the Eagles’ roster.