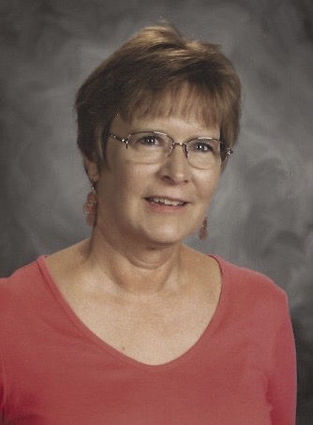 Forty-one years ago, Susan Burnett stepped up to the chalkboard in her first classroom. Always up for a new challenge, Burnett has held many titles at many schools over her long career, including assistant principal at Niwot High, but in her heart, she’s always been a teacher.

For Burnett, the call to education was clear. “When I was about third or fourth grade, I wanted to be just like my teachers,” Burnett said, recalling the path to her career. “I’ve just been in education the whole time.”

After college, she took her first job as an elementary teacher in Missouri. After getting married, Burnett moved several times as a result of her husband’s job and taught on both coasts before settling near his family in Longmont.

Burnett came to Niwot High School in 2004 after serving as a counselor and then assistant principal at St. Vrain’s Heritage Middle School (now Timberline Pre-K-8). “Even though I was terrified about coming to a high school, I guess it fit, because I’ve been here 13 years,” Burnett said.

When asked what changes she’s seen since starting at NHS, Burnett recalled many improvements to the building, including the construction of new classrooms, new front offices, upgrades in campus safety, and the district-wide automation of things like bell schedules. The increased use of technology in education has brought other changes, making information more accessible to students and parents. “Kids don’t have to ask teachers, ‘What did we do yesterday?’ It’s all on Schoology,” Burnett said. “Electronics and technology have definitely impacted the school.”

Burnett also has seen teaching styles change in the last thirteen years. “Teachers have strayed away from lecture, notes, test and they’re a lot more about authentic learning experiences and projects now.”

When asked about the legacy she’ll leave behind, Burnett cited the Positive Behavior and Intervention Support (PBIS) program she helped implement in the 2007-8 school year. As a result of the program, the staff created a system for recognizing students’ good behaviors using the acronym ROAR, which stands for responsibility, ownership, attitude, and respect.

On Fridays, Burnett announces the names of students who have been nominated for displaying the ROAR qualities and invites them to the cafeteria for ice cream. “It’s just an acknowledgement of doing a good thing or having a positive attitude,” Burnett said of the ritual, which she hopes will continue after she retires. “Anybody enjoys hearing you’ve done a good job.”

For Burnett, some of her favorite memories of NHS have been made at the end of the school year, including post-prom preparations, senior night, and graduation. “It’s really exciting to watch [the students] walk across the stage having completed something, when they might have been in my office or suspended several times when they were freshmen and sophomores.”

“I always love senior night,” Burnett added. “Especially the slide show when they do the baby picture and the senior pictures. The first year I watched it I started crying, maybe because my daughter was a senior that year.” As a result, the significance of those photos and what they mean to the families represented makes her tear up every year.

Burnett has big plans for retirement. She is working with a former NHS parent on the new Cielo Scholarship Fund, which awards money to students who are not going to a four-year college. She’s also trained to facilitate youth mental health first aid courses and will lead several workshops at St. Vrain schools in the fall.

In addition, Burnett plans to spend time with her family, including her ten-year-old grandson and new grandbaby, as well as taking trips with her husband to their cabin in Granby.

Though she’s looking forward to retirement, Burnett admits that leaving Niwot High School will be bittersweet. “I think teaching is the best job in the whole wide world, and I still think that after 41 years. There have been days that I go home and I wanted to hit the wall, but overall I can’t think of a better job out there.”