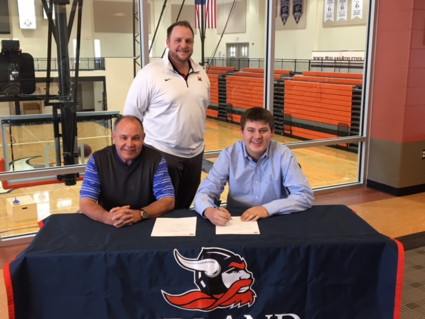 Niwot senior Jake Butler recently signed a Letter of Intent to play golf at Midland University (Fremont, NE). Butler, a four-year varsity player for the Cougars, led the team to its first ever appearance in the 2016 State Championship as a team. He tied for third in the 2016 Class 4A Northern Regional, and was Second Team All-Conference.

Butler is also on the All-Star Academic Team for both CH...