Baseball: Senior-heavy team looks to go deep into the playoffs 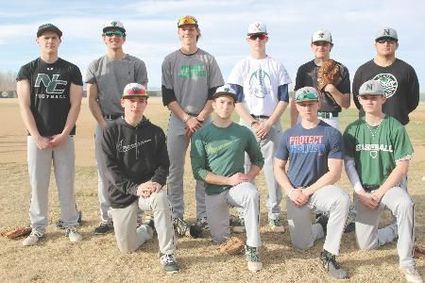 When asked about his team’s prospect for the upcoming season, longtime Niwot head baseball coach Craig McBride answered the predictable question in an interesting way.

“Well, of course I hope we’ve improved. We’re a senior-heavy team. We have a good chance to go deep into the playoffs if our pitching goes well,” he said. “Of course, that’s what every coach will tell you. But we definitely feel good about the potential that we have this year.”

That potential includes several returning varsity players, and a crop of new talent that McBride expects to have an impact right away. He is enthusiastic about his starting pitching rotation, and expects to have at least “nine arms” available throughout the season.

Leading the charge for the Cougars on offense will once again be senior and four-year starter Skyler Messinger, who led the Cougars in virtually every offensive category last season, including batting average (.493), on-base percentage (.573), and RBI (24). Messinger will again be the Cougars starting shortstop, and will also serve as the team’s closer when needed.

Last fall, Messinger signed an early letter of intent to play baseball for the University of Kansas.

“I expect that he’s going to have a phenomenal year,” said McBride. “He’s got his scholarship behind him now, and he can just focus on baseball in his last year and have fun.”

Joining Messinger on varsity again this year are returning starters Griffin Mitchell (OF/IF), Jake Sims (OF) and Hunter Stephens (OF), all seniors, and sophomore Joey DesEnfants, who was the Cougars’ starting catcher as a freshman whenever Tyler Meek pitched last year.

“He got thrown into the fire a little bit last year, but did a good job behind the plate,” said McBride of his youngest varsity player. “This season, Joey is going to move around a little bit. He gives us some utility options because he’s a really good infielder as well.” DesEnfants is slated to spend time at second and shortstop, and will also be one of the Cougars’ middle relievers.

The Cougars now have some options at catcher thanks to the addition of junior Colton Goldfarb, a transfer student from Silver Creek who did not play high school baseball last season. Goldfarb will serve as the Niwot’s number one catcher this season. Senior Joey Neve is slated to play first base, and will be joined in the infield by and Jordan Wills at third. Senior Zach Kinnison will start in left field after returning from a hand injury that kept him out last season. Seniors Fox Garza and Chandler Snead will provide depth in the infield as well as added power and speed, respectively.

Going into the season, McBride said senior Trevor Green will be the number-one pitcher. Green pitched for the varsity last year, but battled injuries. Junior Caleb Martinez, another transfer student from Silver Creek, will join the Cougars pitching rotation later this season, after sitting-out 50 percent of the games due to CHSAA transfer rules. McBride expects Martinez to assume the second spot on the staff, and looks forward to seeing his one-two combo in action. Seven other players will also fill various roles in the pitching rotation, including junior Benjamin Goss and sophomore Quinn Williamson.

McBride is hopeful for his team this season, but realistic about their chances for success in the Northern League.

“Our league is a really tough league, maybe the toughest in 4A.” he said. “There’re perennial playoff teams throughout it, and a lot of them have won state titles.”

Among those is Mountain View, which has won three 4A championships, most recently in 2013.

“Mountain View is definitely a tough team to beat,” he admitted. “We’ve played a lot of close games with them year in and year out.”

According to McBride, Longmont, Silver Creek, and Northridge will also be strong again this year. He then said having a so many good teams in the same conference can sometimes be a disadvantage when it comes to regular season standings.

“We play in a very competitive league,” he explained. “That can spread out the wins every once in awhile. On the other hand, the power points for the quality-of-opponent points are really good.”

Last year, baseball became the first Colorado high school sport to use the Ratings Percentage Index (RPI), a system that calculates postseason rankings based on win/loss percentage multiplied by strength of schedule. Since then CHSAA has implemented the system for all team sports.

The Cougars finished 31st in the 2016 RPI and qualified for a spot in the 4A District 7 tournament. In their first playoff game since 2014, the Cougars upset the number-three seed Denver North (18-1) 10-3, but then lost 5-1 to Erie in the district championship game. Despite the early exit from the playoffs, McBride is eager to build on that success in 2017.

“We were fortunate to get in the playoffs last year,” he admitted. “It was because of the power points in the quality of competition that we get. We hope to definitely improve on that this year.”

Connor Messinger and York renewed acquaintances after playing against each other in high school. They were the opposing pitchers for the first-ever Niwot-Skyline game at Coors Field, an annual event made possible by the Rockies for high school teams that sell tickets to Rockies’ games.

Niwot kicks off the season with a home-and-home against cross-town rival Silver Creek, first on the road on Friday, Mar. 10 (4pm), then at NHS on Saturday, Mar. 11 (12pm).