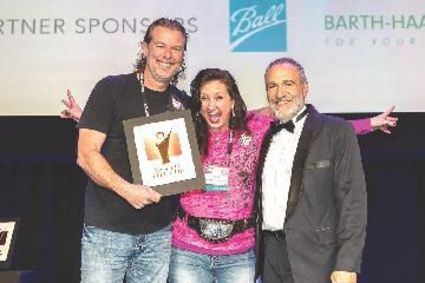 Photo courtesy of Bootstrap Brewing Bootstrap Brewing owners Steve and Leslie Kaczeus posed with Charlie Papazian, founder of the Association of Brewers and the Great American Beer Festival, (pictured left to right) as they received the award for their beer Wreak Havoc at the World Beer Cup.

Breweries, home brewers and craft brews have become immensely popular very quickly, especially in Colorado. Bootstrap Brewing joined the movement about four years ago when it opened in Niwot, in Cottonwood Square.

Owners Steve and Leslie Kaczeus have strived to be Niwot’s neighborhood brewery and make the best beer they can. They recently won a bronze award at the World Beer Cup, which takes...