Faith, friendship give rise to 'Truth be Told' 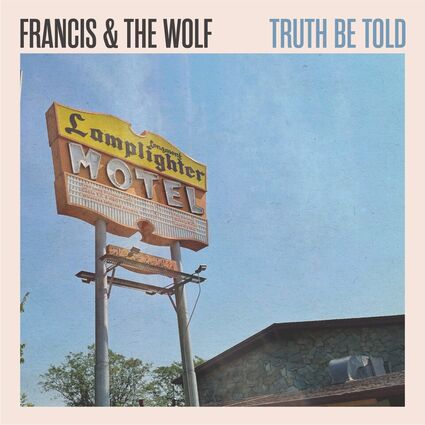 Local rock band Francis & the Wolf recently released the heartfelt "Truth be Told," an album that was four years in the making.

When local rockers Francis & the Wolf started recording their second album, the members had no idea that it would take four tumultuous years to finally come together. But, last week, the band finally released "Truth Be Told," a full-length album featuring 10 original songs that examine "the sweeping ups and downs of life." On August 13, the group is throwing a release party at Wibby Brewing that's a celebration both of the new album and of weathering the tragedy, heartbreak, and triumph that inspired it.

The 10 songs on "Truth Be Told" cover all of that territory and more in a style that Wardle simply calls "American rock & roll." The songs range from the uptempo, guitar-driven "Let's Get Real," a fictitious retelling of a mysterious encounter, to the languid ballad "Crazy Times," that takes a hard look at the world we live in. In between are tracks with well-crafted lyrics that meld the sounds from five decades of rock, and give a nod to Johnny Cash, Tom Petty, Stone Temple Pilots, and even Oasis.

"I'm a child of grunge, but the crossroads between roots rock and 90s Brit pop is the fulcrum for me," Wardle said.

Francis & the Wolf officially formed after its three founding members moved from California to Colorado in 2013, but its history goes back to the 1990s, when Wardle met guitarist Dan Lance at Simpson University in Redding. The two have been "thick as thieves" ever since, and eventually started making music together, along with Lance's longtime friend, drummer Josh Quesada.

But life went on outside of music for the trio, and, soon, a new job as associate pastor at Cornerstone Church in Boulder beckoned Wardle and his growing family to Colorado. His friends soon followed with their own growing families, and they all settled in the south Longmont/Niwot area.

Francis & the Wolf came about shortly after, with two additional members, including Samuel Brewer, a "wicked smart" physics professor at CSU who also plays guitar. In 2017, the group released "Ladies & Gentlemen," their first full-length album, and Wardle thought he and the band were on their way to a full-time career as musicians.

"But then life changed," Wardle said, after one of the band members got some devastating medical news. Francis & the Wolf went on an unofficial hiatus, while the band members drew together to weather the storm. "This is like a brotherhood, and so we slowed everything down."

After several anxious months and what Wardle called "a miracle," the crisis had a happy ending. Meanwhile, life's rich pageant of drama was playing out in the other members' lives, and getting back to their unfinished second album turned out to be harder than Wardle planned. Then the pandemic put things on hold even longer. But they never gave up on the music, and, after some fits and starts, and the addition of keyboardist Aidan Harbeson, "Truth Be Told" was finally completed.

"This process has been a fistfight the entire time getting this album done," Wardle said. "It's such a relief to draw a line in the sand after a season of such sweeping ups and downs. It almost feels as we release this, we're saying, 'You honor what you've gone through as you get ready for what's next'."

Through it all, the group has relied not just on its close-knit relationships, but also on a shared Christian faith. The five bandmates and their families are all active in Cornerstone's spiritual community, and it has helped them face the struggles of ordinary life. It also provided the band's name, an homage to St. Francis of Assisi, patron saint of animals and the natural world. According to church legend, Francis once showed mercy to a ferocious wolf, turning it from a man-eater to village guardian.

But Francis & the Wolf is not so much a religious rock band as it is a rock band that happens to have five faithful members. There's not much talk about Jesus, and Wardle admitted that many of his lyrics might be met with raised eyebrows among some in his congregation.

"I take one from the playbook of Johnny Cash. I don't believe in having a duality between the sacred and the secular... This is just an artist looking at life... Whether you're a person of faith or whatever religion you are, there are those days when you're not sure about all this. And I wanted to have a vulnerability that has hope, doubt, confidence."

Francis & the Wolf is testing the waters for a third album already, but Wardle said they are also eyeing other projects. In the meantime, the band members are enjoying their return to the stage, and are looking forward to a busy schedule in the coming months. After the Wibby show on Aug. 13, the band is slated to appear in Longmont's downtown summer concert series on Aug. 27, then in Superior on Sept. 10. Wardle said he's hoping to book one of two shows per month "all over the front range."

"We bring a lot of energy and a lot of engagement to our shows," Wardle said. "I love playing live. There's nothing like creating something and then making it an encounter with the audience. That's the way I approach it, the audience is part of the creative process."

The "Truth Be Told" release party is Aug. 13 from 6 to 9 p.m. at Wibby Brewing (209 Emery St., Longmont). Admission is free. For more information, visit the band on Facebook.