Midsummer book review: The Other Room 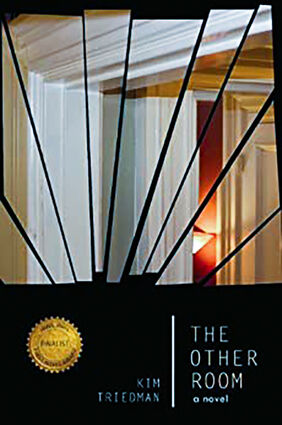 If you're looking for a quick easy read, this book isn't exactly it. It's certainly quick and thriller-like, but it's so emotional, it's not quite that easy to read. Regardless, I'm very excited to bring to you my thoughts on Kim Triedman's novel, "The Other Room".

This book has drama, it has love, it has pain, it's a solid read. Largely focusing on Claudia and her husband Josef, this novel follows them in the ongoing aftermath of their one-year old daughter Lily's death. Even after three years, Claudia is closed off and mercurial; Josef still loves her, but is tired of being rejected constantly.

Meanwhile, there are some dramatic subplots involving Claudia's overbearing sister Yvonne, who tries to support Claudia, but blames her for bringing so much negativity into her life. There's also the matter of Josef's affair with a nurse at his job; not to mention Claudia's feelings for her therapist. On top of it all, they have a senile neighbor who wakes them in the middle of the night offering to call the ambulance, because he thinks he still hears the baby crying.

All this drama festers and explodes one Thanksgiving weekend; much to the dismay of the characters, but much to the interest of readers.

Triedman has mastered suspense with this book, peppering both details and doubts throughout. At first, it would seem that Lily died completely by accident, then, it appears that one of them is to blame, but with more information, readers may start to doubt their own suspicions.

It isn't just the pacing of the book that's excellently planned, it's the structure as well. Told through a combination of journal entries and from various characters' perspectives, readers not only see the drama unfold as Claudia and Josef's marriage crumbles, but also view the drama from other perspectives.

This perspective was particularly interesting during the Thanksgiving dinner scene, with various guests giving their own descriptions and views on the drama during the meal.

It's clear that Triedman spent a lot of time developing the characters. They were incredibly realistic--both Claudia and Joseph's pain was raw and moving; the sibling rivalry between Claudia and Yvonne seemed authentic. These characters were simply so well developed, that it made the story even more interesting and enjoyable to read.

My only slight critique is that, at times, it was somewhat tricky to know "when" the action was taking place. While the chapters were clearly labeled with the month/year, the narrative within the chapters sometimes slipped back in time, usually to the period right around Lily's death. Most of the time, it was clear to see that a section was, essentially, a flashback, but there were others where it wasn't immediately clear if the conversation/events were happening now or had already happened. That said, it was fairly easy to realize past versus present.

While Lily's death is central to the plot and character development, readers should be aware that if a child's death or a few "F-bombs" are disturbing, this might not be the book for you. It is definitely a book for amature audience.

If, however, you like a sense of mystery, you enjoy character growth, and suspense is your thing, this is definitely a book worth checking out.