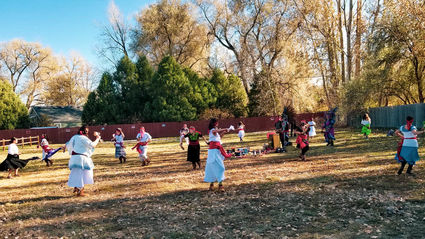 In indigenous Mexican culture, death was never something to be necessarily feared; instead, it was seen as a part of life. When the Spanish conquistadors arrived in Mexico in 1519, not only did they bring disease and violence, but they brought their own culture, namely religion.

Over time, traditional indigenous rites were mixed with Catholic ones, similar to many other traditions world wide. T...