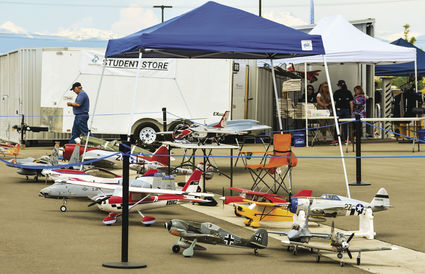 The skies over the Innovation Center were buzzing on Saturday, June 1 as dozens of remote controlled planes and drones took to the air during the first annual AeroFest, an open flight and competitive racing event hosted by students in the St. Vrain Valley School District’s aeronautics program.

“As far as I know, this is the largest youth program that we’ve ever put together,” said Richard McCaskill of the Academy of Model Aeronautics, a co-sponsor of the event. “It was all put together—every design, every poster, every invitation, the website—by the students. Other than Jake Marshall, the safety officer, and me, the contest director, the kids are running everything. They’re running the flight lines, and the drone area and the whole bit.”

Students and community members were invited to test their design and build skills in the Open Flight area, and a Build Pit was available for quick repairs or upgrades. A more competitive atmosphere prevailed over at the drone track, as operators raced to maneuver small and large flyers through a series of obstacles. In the Kids STEM Zone, young fliers got a chance to create gliders and learn more about the science of flight and aircraft.

“It’s sort of like an end of the year party,” said Niwot rising senior Caleb Bishop, a student in the aeronautics program. “We’re bringing in the community to show them what we’ve been doing and to share the fun with everybody.” 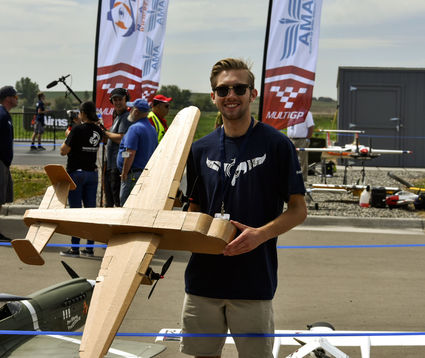