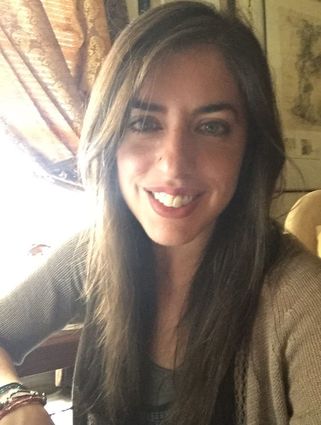 Laura Hehner has been the pastor at Niwot United Methodist Church since July, and has been enjoying her role since replacing Rev. Pam Everhart, who was appointed to a church in San Antonio.

Hehner moved to the area from Bailey, CO, where she had been on assignment for six years. She is now in her seventh year in the ministry.

Originally from New Jersey, she grew up in a mostly Catholic family. They moved to Colorado when she was five, then to Texas.

From there, Hehner attended school at the University of Colorado with a major in world religions.

“I wanted to focus on other beliefs of the world before I took the nose dive into Christianity,” Hehner said. “I knew that once I got into seminary it would only be Christianity. I wanted to see other people’s perspectives of God and life before I isolated myself. It was to broaden myself and have a better understanding of people when it comes to the divine.”

As for her calling, she said that up until one specific moment in her life, she would have never thought she would go into ministry.

“I was always afraid of public speaking, it made me physically and mentally uncomfortable,” Hehner said. “Public speaking was never in my mind. I was going to go to art school, I had my portfolio, I was all ready to go.

“I was 17 when I got my call to ministry. My family had been attending a Methodist church at that time. The senior high Bible study teacher was the associate pastor there, and he called me one night — I have no idea why he called me — to say that he was sick and asked if I would lead the group in the study.”

She reluctantly agreed to lead the class that evening.

“I didn’t want to, but I did,” Hehner said. “It went good, nothing astounding about the study itself. But I went home, I felt overwhelmed by a tremendous energy. It was something like elation, or joy, but nothing really had happened. It was also like peace, but I was incredibly riled up simultaneously, never felt anything like it before or since. In those moments I came to understand that I was going to spend the rest of my life talking about God.”

After getting her bachelor’s at CU, she went to the Illif School of Theology in Denver for seminary, and became ordained following graduation.

Hehner is married and likes to read and write in her spare time. She’s also well-versed in outdoor survival skills, and is an expert in wild edibles.

“I like to be out in the woods hiking and breathing fresh air,” Hehner said. “Just being in the dirt, I love that. I spend a lot of time in the woods. I’m an artist still of course. But that’s pretty much all I have time to do.”

Some of her goals at NUMC include doing more local ministry outside of the church.

“I think it’s important that we get outside of the church walls and experience life together,” Hehner said. “Outreach helps tremendously, just going to help people who are struggling. Not necessarily mission trips, but people right here. It’s getting out and being with people who need some care and comfort in their lives.”

She said that church should always be an open and accepting place for worship and fellowship, and hopes to continue that tradition at NUMC.

“The church is here as a means to an end, and that it always coming closer to the Light that made us,” Hehner said. “There is a very fine line I think when it comes to church participation. Sometimes I think church itself sometimes becomes an idol. So I tend to take a non-traditional role … if the organization gets in between you and God, then the organization is a problem.”

“Church is a place we can go where we know other people are hopefully seeking some deeper meaning and connection to where we can actually help each other out in the world, help each other see ourselves more deeply and more clearly as we grow - just make life better for the people around us.”