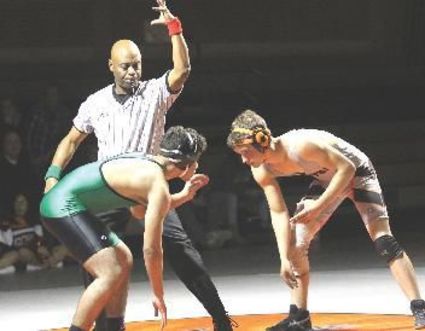 Senior Tommy Stager is making a statement in his final season as a Cougar. On Dec. 9, at the Charlie Lake Dual Tournament in Cheyenne, Stager earned his 135th career victory, surpassing older brother Nick’s school record of 134.

But that was just one of the 3-time state qualifier’s milestones on the young season. On Dec. 8, Stager won his first high school match at 145 pounds, pinning Long...