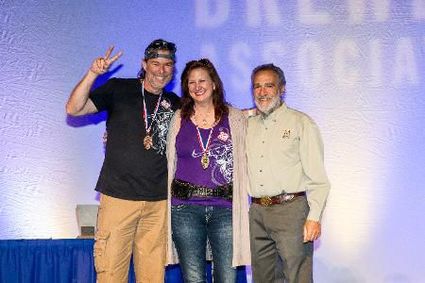 Steve and Leslie Kaczeus have added to their list of awards for their brewery in Niwot.

Steve, owner and chief brewer of Bootstrap Brewing, along with Leslie, “Chief of Stuff,” won a gold medal at the Great American Beer Festival for their Stick’s Pale Ale, and yet another gold for Wreak Havoc, an Imperial Ale.

Stick’s Pale Ale was in the American Pale category, and rose to the top of...